THIS STORY WAS FIRST PUBLISHED ON CREEPY CATALOG.

A man, plagued with acne, reads an article online about a new way of cleansing his skin. All he needed to do was catch a cockroach before he went to bed and place it on his pillow.

Out of desperation, he followed the instructions. He caught a cockroach outside his apartment and placed the insect on his pillow before he went to bed. When he woke up, the cockroach was gone. He ran to the mirror to see that his acne had cleared up overnight. Completely ecstatic, he got dressed and headed to school.

The next morning, he felt itching and pain on his face. He took a closer look at his skin and found that his pores had been filled with cockroach eggs.

Plastic surgery is a relatively big thing in Korean culture. The pursuit of beauty and “perfection” is something that almost everyone in society aims for.

The story goes like this: A man is sitting in an empty subway car when a tall, thin woman walks in and sits in front of him. Her hair is dark and long. It covers most of her face, but he can see that she has a red surgical mask on. Thinking nothing of it, he leans back and watches the door close.

The man notices her eyes and she catches him staring. He smiles at her. She asks the man, “Am I pretty?” Taken back, the man stammers, “Yes.”

She takes her mask off, revealing the rest of her face. There was a gash from ear to ear, her gums, teeth and ligaments showing. She screams at the man. “Am I pretty now?”

In terror, the man tries to get as far away from the woman as possible. She takes out a scalpel and makes her way to him, when the doors open and the man runs out.

Sound familiar? That’s right. It’s very similar to the Japanese urban legend, Kuchisake-onna. Looks like the urban legend made the jump on to the mainland. 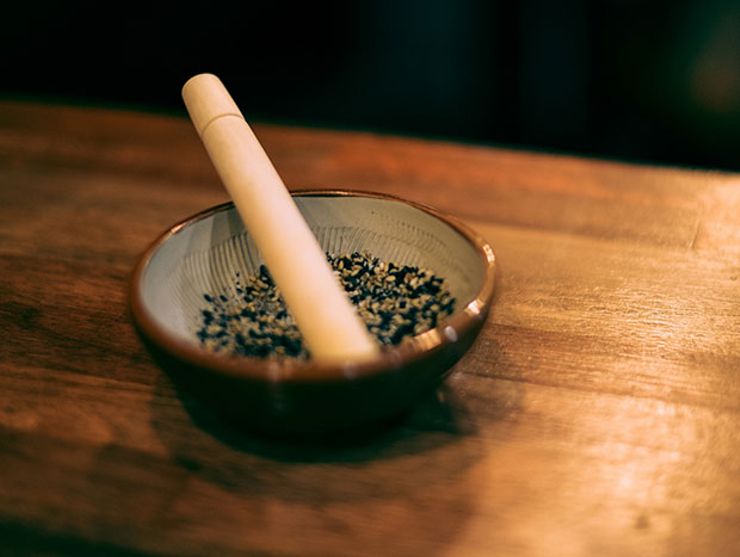 This one is new to me, and considering a majority of us have this innate fear of holes in our bodies, this came to be one freaky-ass story.

A woman, obsessed with beauty asked a healer for a cream that would keep her skin youthful. The healer suggested that the woman try placing sesame seeds on her body and soaking herself in a bath. Excited, the woman tries this as soon as she gets home.

Exasperated, the mother opens the door to see the woman, picking out the sesame seeds that rooted themselves in her pores.

I saw an article passed around from last summer with a screencap of a KaTalk.

It described cab drivers sedating customers, taking their kidney and dumping the unconscious body in the middle of a field. The police have downplayed the issue, explaining that it is all a hoax, but it still remains in the back of our minds.