Jason was originally named "Josh." The skeletons in Poltergeist are real. And many more things you never knew about your favorite horror films.

1. In the Scream series, Ghostface is voiced by Roger L. Jackson. The director, Wes Craven, intentionally hid Jackson on the set of all three original movies, so that his voice would be scarier to the actors hearing it. During the scenes where the characters were being taunted on the phone, Jackson was hidden on set, actually making the calls.

2. In Evil Dead 2, you can see Freddy Krueger’s glove from Nightmare on Elm Street. It’s hanging above the door in the tool shed.

3. In the final scene of Let The Right One In, when the two main characters are communicating with morse code, they tap the word “puss” which means “small kiss” in Swedish.

4. It took about a year to get the iconic shot in where blood pours out of the elevator in The Shining right, but only three days to film.

5. Friday the 13th villain, Jason, was originally to be named “Josh.”

6. Rather than risk breaking continuity, Sissy Spacek slept in bloody clothes for three days while filming the prom scene in Carrie.

9. The Candyman, played by Tony Todd, had to put real bees into his mouth to film the movie’s climax. 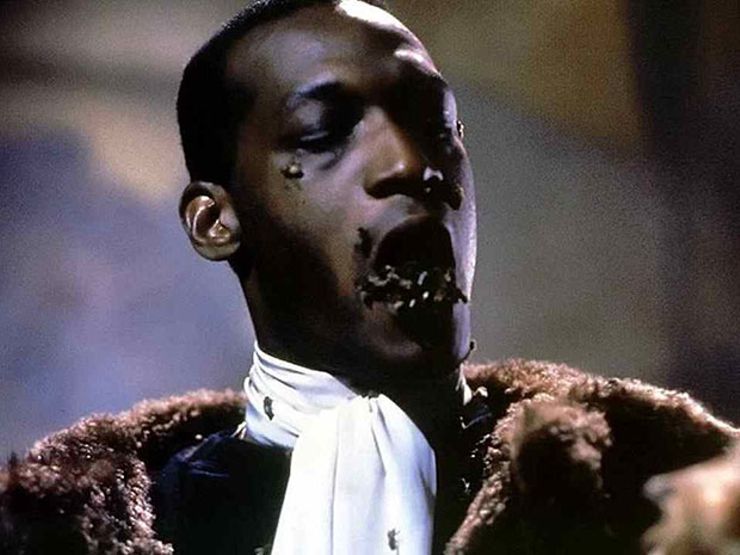 10. Because he was so young Danny Lloyd, the kid who played Danny in The Shining, was not told he was making a horror film. He thought it was going to be a drama.

11. Everyone’s favorite kid’s movie was almost THAT much better. Leonardo DiCapprio was offered the lead in Hocus Pocus, originally.

12. In the original Scream, the high school janitor is named “Fred” and wears red and green shirt, an allusion to Nightmare on Elm Street, also directed by Wes Craven. The janitor is played by Craven himself.

13. Nightmare on Elm Street explores questions in epistemology, the study of what we can know. Wes Craven was equipped to do this because he has a degree in philosophy.

14. Jack Nicholson had worked as a volunteer firefighter, so when he tore down the bathroom door in The Shining, he decimated the prop door too easily and had to use a real door.

15. Heather Donahue, an actor in The Blair Witch Project, was worried the director planned to make a snuff film.

16. The original title thought of for The Texas Chainsaw Massacre was ‘Head Cheese.’

18. In order to film the premonition scene in Final Destination 3, the actors had to ride the actual roller coaster 26 times.

19. Kevin Williamson was inspired to write Scream after a real life incident in which he discovered an open window in the house he was staying at.

20. The true story behind The Conjuring:

Eight generations of families lived and died in the house before the Perrons moved in. Andrea Perron suggests that some of the spirits from the families never left. Deaths include two documented suicides, a poisoning death, the rape and murder of an 11-year old girl, two drownings, and the passing of four men who froze to death. Most deaths occurred within the Arnold family from which Bathsheba Sherman was descended.

21. It took only eight days to film The Blair Witch Project. 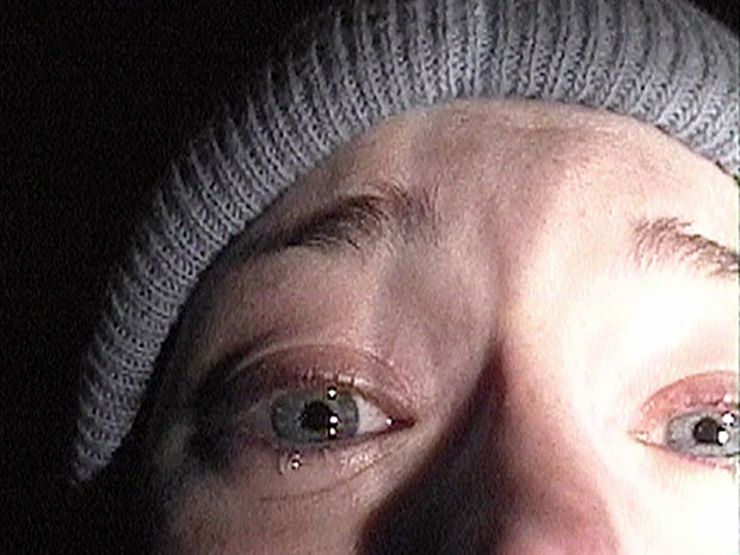 22. Final Destination is based on an idea for an episode of The X-Files that was never made.

23. If Virginia Madsen hadn’t accepted the lead role in Candyman, the producers would have given it to Sandra Bullock, who wasn’t well known at the time.

25. In Candyman, Virginia Madsen was really hypnotized for some scenes so she could portray her trance authentically.

26. Ben Tramer, a victim in Halloween II, was named after John Carpenter’s real-life classmate, a writer who worked on Saved By The Bell.

28. In 2001, an incident happened in which the son of the The Birds author was terrorized by seagulls.

29. The Exorcist is Warner Bros highest grossing film of all time (taking inflation into account).

30. Jennifer Love Hewitt was offered the lead role in The Ring.

31. Psycho was the first time a flushing toilet was shown on screen.

32. Freddy Krueger was originally going to be a child molester, but that was thought to be too dark for the movie.

33. THIS terrifying fact from Candyman:

The architecture flaw of the medicine chests and people being able to sneak in, is something that Bernard Rose discovered in his research for the film and there was actually a series of murders that were committed this way.

34. In order to make Samara’s walk as creepy as possible in The Ring, they filmed her walking backwards and then reversed the shot. 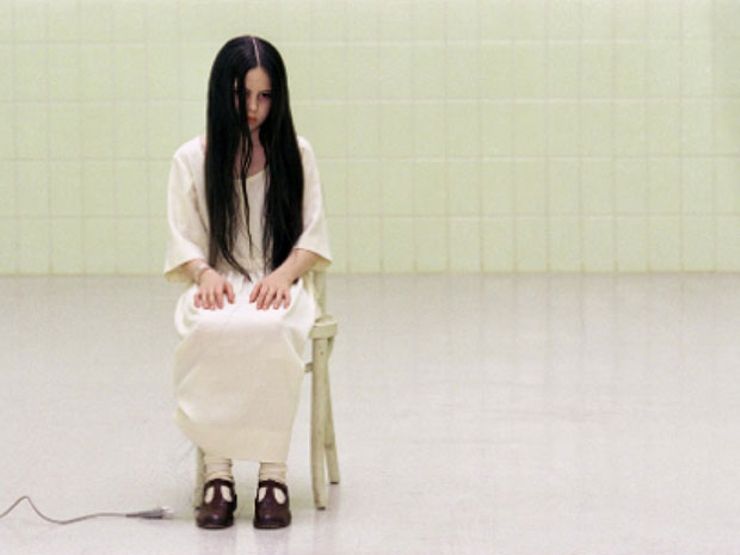 35. The crazy red fro of the clown in It was actually the actors real hair.

36. Friday the 13th was filmed at a real camp in New Jersey that is still in operation to this day.

37. The Shining was the first and only film role ever for both actresses that played the woman in room 237.

38. Even though her character in Scream was killed when she was unable to fit through the pet flap in the garage door, Rose McGowan actually could fit through it in real life.

39. One of Paul Rudd’s first role was a lead part in the sixth Halloween movie, Halloween: The Curse of Michael Myers. He was credited then as Paul Stephen Rudd.

40. The skeletons in Poltergeist are not props. They are real human skeletons.

Read more about the new Poltergeist.

43. In Carrie, the high school is named Bates High after Norman Bates in Psycho. 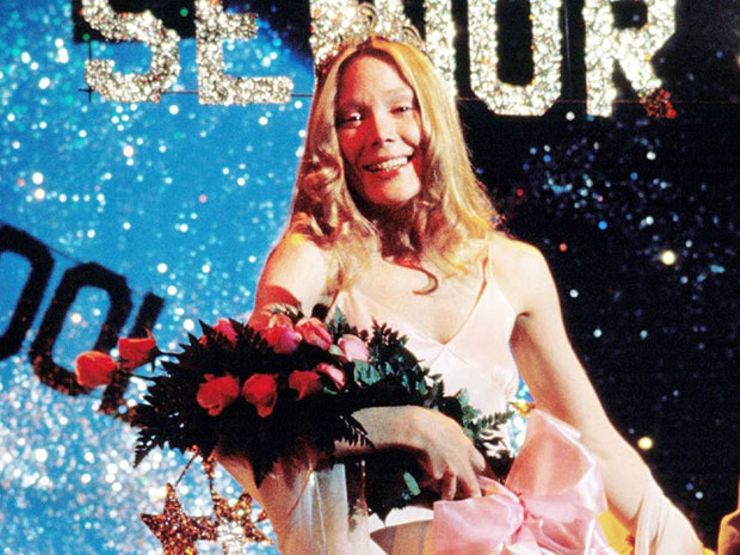 44. In Scream, Casey’s dad advises her mom to go down the road to “the Mackenzies” a destination cribbed from genre-starter Halloween, where Laurie Strode tells her babysitting charges the same line.

45. The Shining was nominated for two Raspberry Awards.

46. E.T. was originally written as a horror film.

47. The house used in the finale of Scream 3 is the same location (set up as a school) in Halloween H20: 20 Years Later.

48. The mask used in Halloween is a modified Star Trek William Shatner mask.

49. Molly Ringwald was offered the lead role in Scream.

50. A guy sued Warner Bros after he was injured while fainting during a screening of The Exorcist. They settled out of court (meaning, dude got $$$).