This story was first published on Feed Your Need to Read.

Who the heck is Rex Stout, you ask? Only the brilliant mind behind two of mystery fiction’s most beloved folk heroes: armchair detective Nero Wolfe and his sidekick, Archie Goodwin.

Enjoying 40 literary years (with faithful additions written by Robert Goldsborough after Stout’s death in 1984), the popular Nero Wolfe Mysteries have all the charm and pompenstance of Sherlock and his dear Watson. And they’re headed to shelves everywhere again.

Though already published separately, Stout’s short stories are being rereleased in an all-new collection titled The Last Drive, out May 26. To celebrate, we did a little detective work of our own and came up with a handful fascinating tidbits concerning the author himself. And, in turn, the answer to your question.

Download The Last Drive on Amazon, iTunes, and Barnes and Noble. 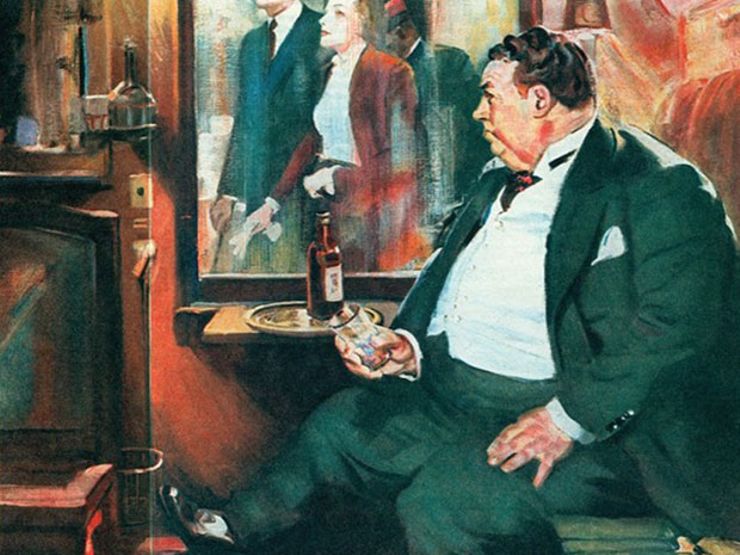 Stout’s novel The Doorbell Rang was placed on the FBI’s ‘Not to Contact’ list in 1965 — a list that the FBI created featuring authors whose books were considered suspicious and threatening to the government. Due to the book’s content, J. Edgar Hoover, the Director of the FBI at the time, thought Stout to be a communist or a communist spy, therefore placing his name on this unspecified list.

Stout dropped out of university to enlist in the U.S. Navy. For the two years he spent in the Navy, he was warrant officer on President Theodore Roosevelt’s yacht. He then left to write pulp fiction for various magazines, beginning his fiction career.

Just one of his 30 different jobs, Stout worked at a cigar store for four years. During this time, he continued writing and selling his poems, stories, and articles to numerous magazines.

400 U.S. schools adopted Stout’s banking system in order to keep track of student savings. Stout was paid a commission for each account, gaining enough money to travel around Europe, most notably Paris, where he wrote his first book How Like a God.

5. Stout is an overachiever.

His ingenious school banking system aside, Stout has received numerous awards. His first two Nero Wolfe novels, Fer-de-Lance and The League of Frightened Men, are considered the most influential works of mystery fiction. He served as the 14th president on the Mystery Writers of American in 1958. He received the prestigious Grand Master Award in 1959, followed up with a silver Dagger Award ten years later. In 2014, Rex Stout was selected to the New York State Writers Hall of Fame.

Photos: Courtesy of Feed Your Need to Read