5 Real Stories That Will Validate Your Fear of Clowns

These red-nosed monsters are the stuff of nightmares.

Clowns are one of America’s spookiest entertainers. Mimes are up there as well, as they combine most of the creepy clown attributes with the added fact that they don’t speak. Regardless, clowns are spooky. I’m not exactly scared of clowns. A clown in the right context is fine with me. If I’m at a kid’s birthday party and see a clown, that’s fine. Do your thing: make some balloon animals and do some magic. If I were to see a clown on an empty street in the dead of night though, it’s a different story. So, if you have some sort of a clown phobia, then these true-life horror clown stories should give you some ammunition when your friends ask you why you’re so spooked by them. 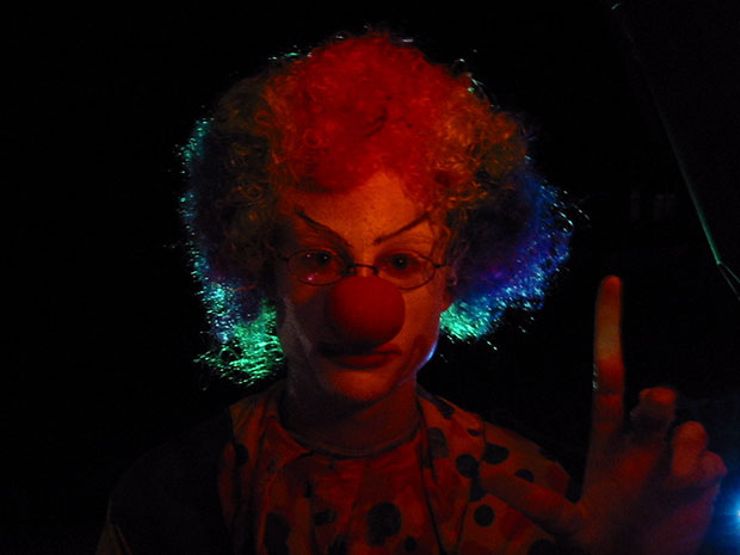 Frederick “Zozzaby” Zozabe committed suicide after moving to Liverpool, UK in the early 1900’s. It is not known if he committed any crimes in life, but he has been persistently haunting residence since his death. As recently as 2002, almost a century after Zozzaby’s death, two children reported being awoken by the sound of eerie laughter. When they opened their eyes, they saw a ghostly figure of a clown standing over them. The children were left physically unharmed, but their parents reported smelling a grotesque odor in the children’s room. They said that it resembled embalming fluid.

Related: Creepy Clowns in South Carolina are Supposedly Luring Kids into the Woods

In May of 1990, a woman named Marlene Warren heard a knock at her door. When she answered it she saw a figure that is the catalyst of nightmares: a smiling clown holding a bouquet of flowers and two balloons. He was also holding a pistol, and shot Marlene before she could react. Although there were suspects in the murder, specifically Warren’s ex-husband, the police never formerly charged anyone in relation to Marlene Warren’s death. 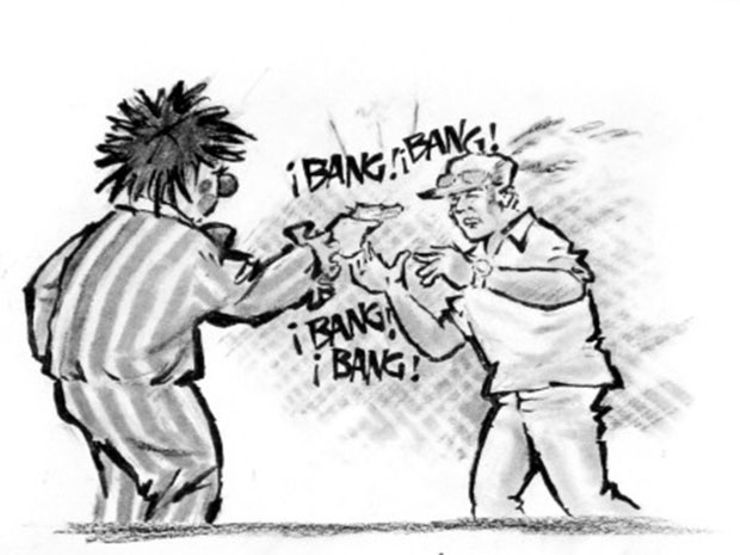 Drawing depicting the murder of Francisco Rafael Arellano Félix by a gunman disguised as a clown. Photo: Wikimedia Commons

Francisco Rafael Arellano Felix, brother of a Mexican cartel leader, was killed at the Los Cabos beach resort. The eyewitness description of the gunman states that he was wearing a clown costume at the time. Homicidal clowns are certainly scary, but a cartel hitman clown adds another layer to the terror.

Klutzo, aka Amon Paul Carlock Jr., was a prolific clown in the area of Springfield, IL. He was a former minister, and preformed for children across the country and around the world with his message of positivity and Christianity. After finishing his show at an orphanage in the Philippines, Klutzo was stopped at a routine checkpoint at a Pilipino airport. The country was plagued by child sex traffickers at the time, and checkpoints like this one were commonplace. When they searched his belongings, police found videos and pictures of young naked boys on Klutzo’s laptop. They later raided his home and found even more disturbing footage. After this, multiple boys came forward to testify against this sick individual. 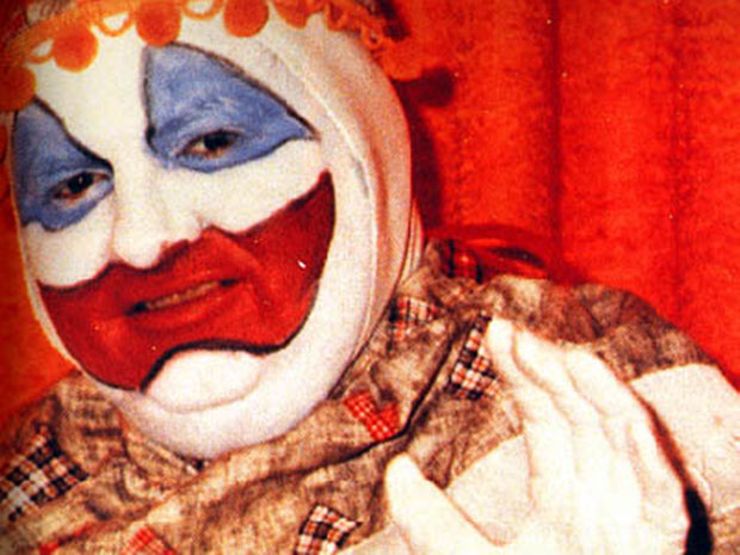 The societal fear of clowns can generally be attributed to the acts of John Wayne Gacy. Gacy was an American serial killer rapist who was active in the 1970s. He also doubled as Pogo the clown on the weekends, which is why he was dubbed “the killer clown” after his murderous tendencies came to light. At least 33 boys and young men were murdered by Gacy and buried in and around his Illinois home. All but his first victim were strangled to death, and the killer clown was sentenced to death in 1980. After 14 years on death row, Gacy was executed by lethal injection on May 10, 1994.

Related: Inside the Demented Mind of John Wayne Gacy, Jr.
This article was first published on The Occult Museum.
Read More:
8 Urban Legends That Turned Out To Be True All Along
7 Terrifying Mythical Monsters You Wouldn’t Want to Encounter
10 Most Shocking Paranormal Hoaxes In History