You never know what you’ll unearth in your own backyard…

How many of us have found bones while digging in our back yards? Usually, the fragments turn out to be the remains of small animals or discarded chicken dinners. Yet there’s always that moment, half in wonder and half in horror, when you think that maybe the remains are something else entirely.

If one of these days you do dig up a long-lost human carcass, or your dog pulls up a disconcertingly large leg bone in your favorite park, you’re not alone. Human skeletons have turned up in some unlikely places over the years.

So the next time you’re out digging in your garden, planting flowers, or—heaven help you—laying a water line, keep an eye out as you dig. You may find something more macabre than earthworms and rocks buried below ground…

Related: 10 CREEPY AND BEAUTIFUL CEMETERIES TO VISIT ONCE IN YOUR LIFE

15 Coffins in the French Quarter 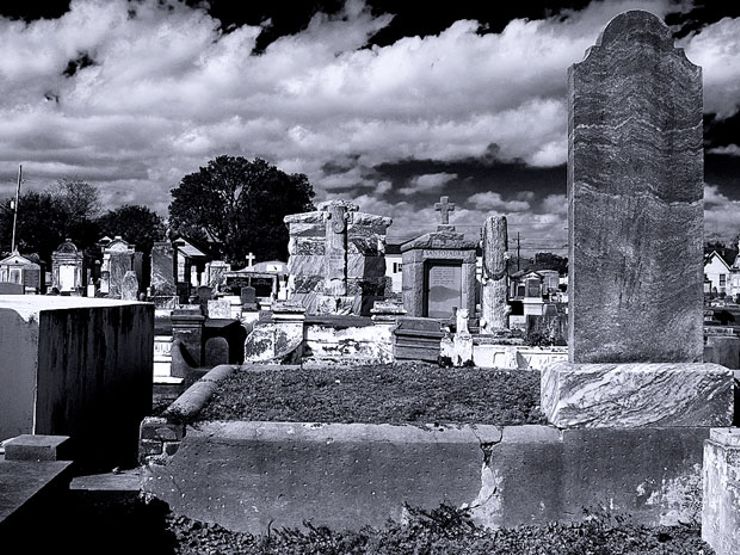 New Orleans is famous for its cemeteries. The city’s distinctive above ground vaults are familiar to people even if they never visited the Big Easy. But not every body interred in New Orleans was laid to rest above ground. When one New Orleans resident began building a swimming pool on his property in the French Quarter, he suspected he might dig up more than he bargained for.

Turns out, his condo sat upon St. Peter Cemetery, the city’s first burial site, which opened in 1723 and remained in use until it filled up in the 1780s. The man hired an architect to do a test dig before pool construction began. Just as he suspected, workers unearthed 15 coffins, several of them waterlogged from having been buried beneath the water table.

The coffins they turned up were removed and reburied. But here’s the creepy part: There’s no way of knowing just how many more people might be buried beneath this guy’s property. All records of the St. Peter Cemetery were destroyed in a fire in 1788. 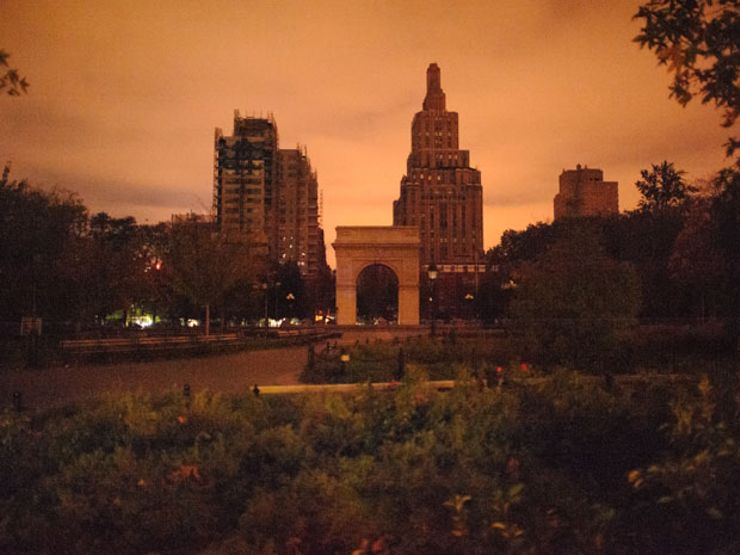 Just a few days after Halloween, crews working on a water main under Washington Park in Manhattan’s Greenwich Village made a suitably spooky discovery: An ancient burial vault containing dozens of human corpses. Many of the remains were remarkably intact, and reports say that some of the coffins still bore legible names and dates.

Strangest of all is this vault’s location—it seems impossible that something could stay hidden in a city honeycombed by subway tunnels, sewers, and utility shafts. Then again, tell that to the 18th century ship found buried under the ruins of the World Trade Center in 2010… 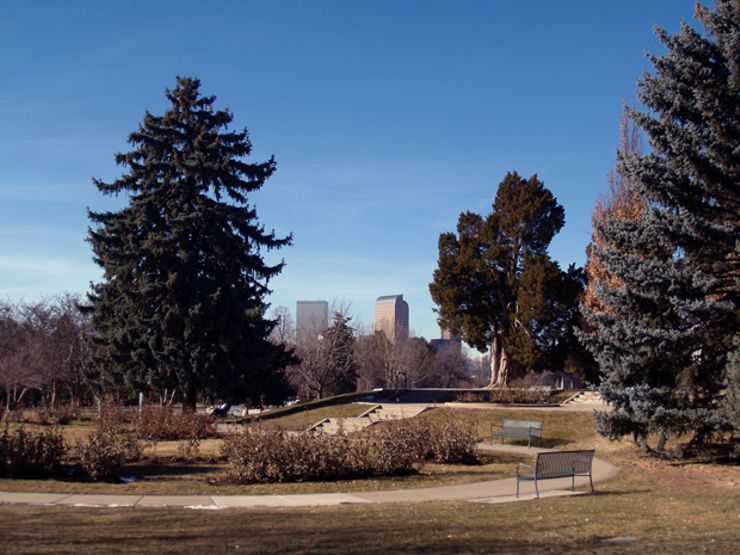 Turns out, working on water lines is a great way to unearth lost bodies. Just ask the Colorado crew digging irrigation trenches in Denver’s Cheesman Park last month when they uncovered four human skeletons. The park—which may be familiar to astute readers—was once the Mount Prospect Cemetery (later called the City Cemetery) and was known colloquially as “Jack O’Neal’s Ranch,” after the first man who was buried there.

In 1890, the cemetery became a park, but the workers hired to relocate the graves were accused of grave robbing and of hacking up bodies in order to cut back on labor. In 1893 the Denver Republican published an article exposing the “ghastly treatment of remains by workers exhuming bodies.” It looks like at least a few of the bodies got left behind after all.

Ancient Skeleton Found Tangled in the Roots of a Tree 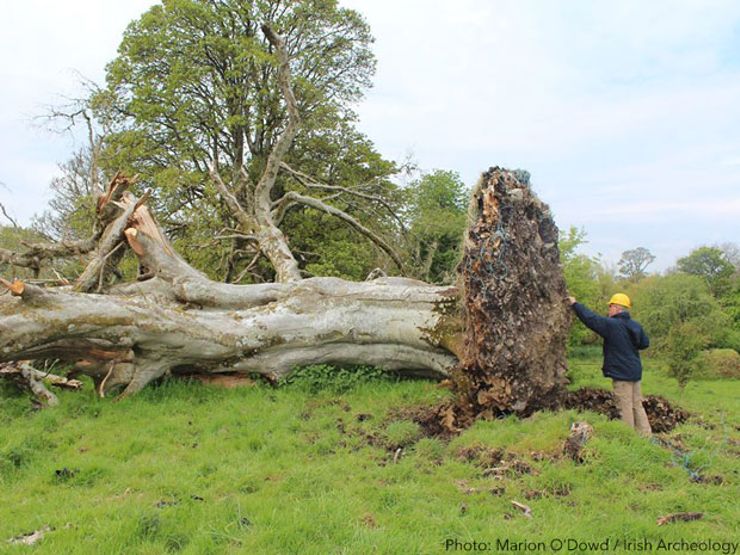 While the above discoveries are certifiably eerie, at least the bodies are of relatively recent vintage. Not so for a small town in Ireland, where a fierce windstorm back in September uprooted a 215-year-old tree and with it a 1,000-year-old skeleton.

In a particularly macabre twist, the upper half of the skeleton was found dangling from the roots of the tree, while the leg bones remained in the ground below. And archaeological examination determined that the bones must have belonged to someone who had died a violent death, as the remains showed injuries that had been inflicted by a sword or knife.