Think you know everything about the most infamous serial killers the world has ever produced?

Do you consider yourself a crime buff? Think you know everything about the most infamous serial killers the world has ever produced? Well think again: and take a journey into darkness with these 4 serial killers that I’m willing to bet you HAVEN’T heard of before today. Be prepared to be enlightened … and creeped out.

Jane Toppan was the kind of serial killer that, unfortunately, we encounter over and over again in today’s society–a deadly nurse. The only difference is that Toppan was poisoning and injecting her victims over 100 years ago. It took years for Toppan to finally be caught and put away for life, and by then she admitted to having murdered 33 people in her active killing years.

Toppan was born to Irish immigrant parents in Boston in 1857. Her mother died when she was young, and her alcoholic, “eccentric” father turned his daughters over to the Boston Female Asylum …before sewing his own eyes shut. Toppan was a gifted student, and she decided on a career that suited her bubbly personality: a nurse.

“Jolly Jane,” as she was called by her friends and colleagues, began to poison her patients. Toppan experimented on the sick in the hospital she worked at, bringing them close to death with shots of morphine, and then reversing the effects with shots of atropine. When she started killing her patients, she would often lie with them and caress their hair while they died. Toppan even killed one of her own foster sisters, Elizabeth Brigham, in 1889. When the two set out for a picnic on Cape Cod, Brigham had no idea the outing was to be her last. Toppan fed her foster sister corned beef, taffy, and water laced with strychnine. As with some of her other victims, Toppan held Brigham while she expired.

Police began to suspect something was amiss with Jolly Jane when her landlord and members of her landlord’s family began to die off. It turns out Toppan hadn’t been paying her share, and her way to live rent-free was to kill off her landlord. Toppan was arrested for murder in 1901 and committed to an insane asylum in Massachusetts for the rest of her life. Jolly Jane lived her remaining years at the asylum until she died of old age in 1938. 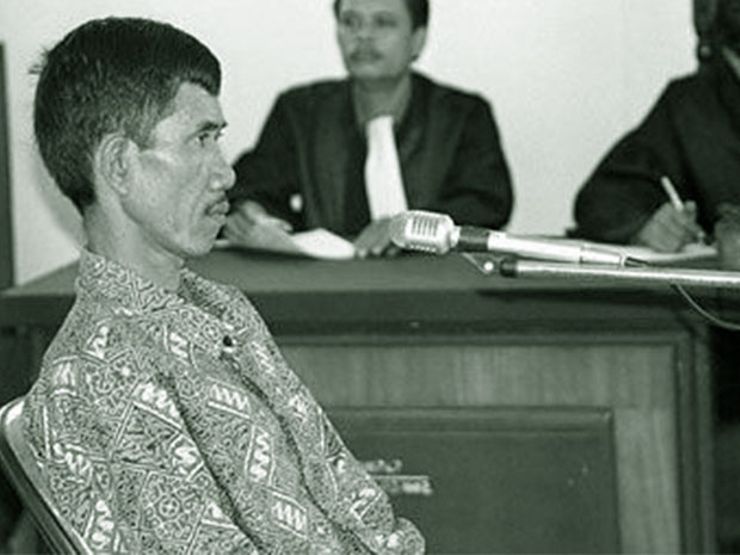 Cattle breeder Ahmad Suradji lived a normal life in his native Indonesia for many years, until, one night, his deceased father appeared to him in a dream. In the dream, his father told Suradji that he wanted him to murder 70 women and drink their saliva. Suradji believed the murders would make him into a mystic healer.

Suradji’s murder spree started in 1986. He followed his dream-father’s instructions, and he ritualistically murdered over 40 women, strangling them to death. Suradji drank the saliva of his victims and buried them up to their waist in a sugarcane field, with all the bodies pointing toward the shack he lived in … try to get that image out of your mind.

Suradji’s murder spree ended in 1997 after bodies were discovered near his home. The press labeled Suradji The Black Magic Killer. He was sentenced to death, and executed by firing squad in 2008. 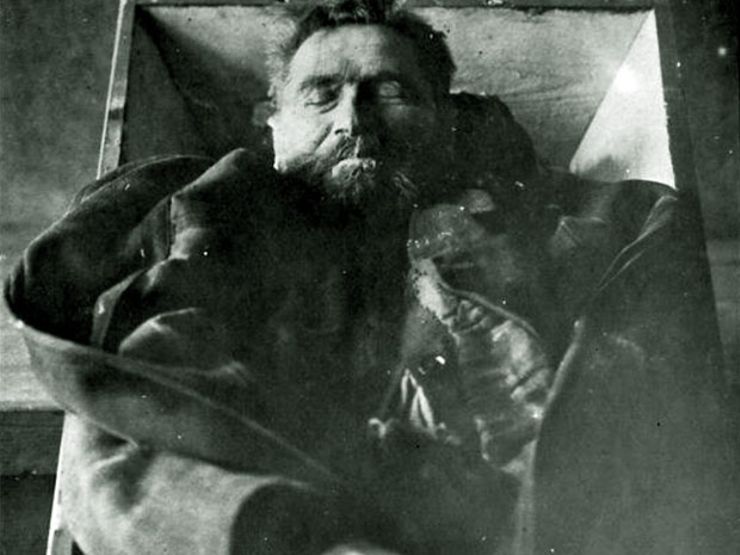 Germany and sausage go together like peanut butter and jelly. Unfortunately for victims of German serial killer Karl Denke, the partnership was brought to a whole new level. After World War I, life in Europe was rough, and money and food were scarce. Denke, who played the organ in his local church and was well respected in the community, took it upon himself to rectify this situation.

Denke victimized local homeless people and patients recently released from hospitals. In a seemingly selfless act, Denke would open up his house as a shelter to these unfortunate souls–but the hapless visitors had no idea what kind of horror they were in for. For years, Denke murdered his houseguests, butchered them, and sold their body parts as pork to unsuspecting customers.

Denke had murdered over 40 people by December 20, 1924. That day, a man stumbled into the local police station with a massive head wound caused by an axe. The man revealed that he had been attacked by Denke at his house, and Denke was promptly arrested. Two days later, Karl Denke hanged himself in his cell. 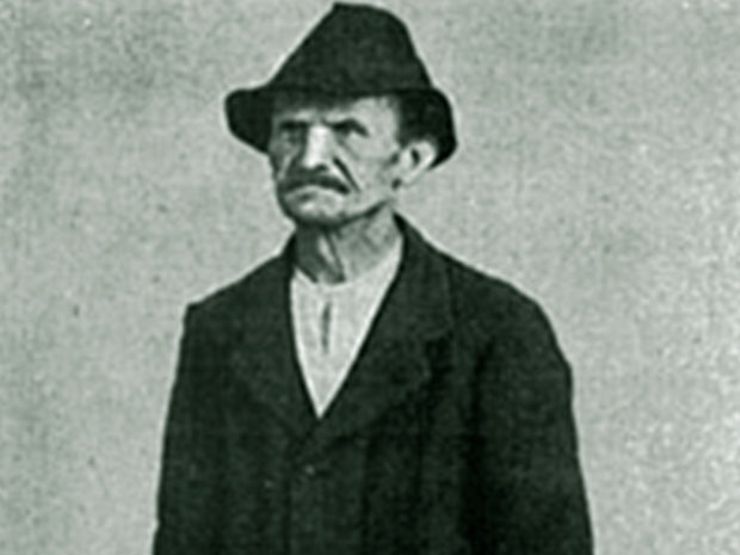 Carl Grossmann’s story of murder and mayhem was remarkably similar to that of his countryman, Karl Denke. Grossman earned the nickname “The Berlin Butcher” after his capture by police in Berlin in 1921. Hearing a woman screaming in Grossman’s apartment, neighbors alerted the authorities. Police were shocked to discover the body of a recently murdered woman on Grossman’s bed. Grossman was arrested.

Neighbors told the police that over the past few years, a number of women who looked like derelicts had entered Grossman’s apartment…but no one had ever seen them leave. The story of Carl Grossman’s crimes eventually emerged, shocking police and the public alike. Over the course of several years, Grossman had murdered, dismembered, and cannibalized scores of women. Like Karl Denke, Grossman sold disguised human meat to customers at his hotdog stand at a train station in Berlin.

Grossman was tried, convicted, and sentenced to death. Also like Karl Denke, Carl Grossman hanged himself in his prison cell, on July 5, 1922.

This story was first published on did you know?
Read More:
Can You Guess Which President of the United States is a Murderer?
Amelia Earhart May Not Have Died in a Plane Crash After All
14 Criminals So Ingenious That Even the Police Were Impressed

Want more serial killer stories? Sign up for The Lineup’s newsletter, and get the strangest tales delivered straight to your inbox.

did you know?Serial Killers
Published on 03 Mar 2017