These books leapt from the page to the screen—and kept our hearts racing.

Whether it's a secret agent infiltrating an international spy ring, a private investigator hot on a killer's trail, or even a woman's disappearance from her suburban home, there's nothing that gets us going like great mystery and thriller books.

What’s more: Many of them have provided the material for top-notch, edge-of-your-seat flicks. From the page to the screen, the following novels and their film adaptations are guaranteed to get your heart racing as you navigate twists and turns before reaching the shocking conclusion.

Six Days of the Condor

When a gunman massacres all of Ronald Malcolm’s colleagues at the CIA, he knows his team has uncovered something they were not meant to find—and that he is next on the hit list. Malcolm soon discovers a conspiracy that reaches all the way up to the highest levels of the Agency.

The book inspired the movie Three Days of the Condor, which stars Robert Redford, Faye Dunaway, Cliff Robertson, and Max von Sydow. Released in 1975, it captured the high tensions and paranoia of the time. 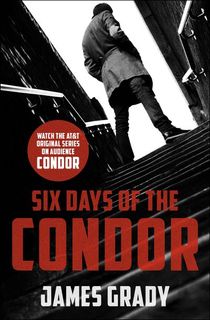 In this mystery/thriller, set on the eve of World War I, expatriate Scotsman Richard Hannay is confronted by an American stranger upon returning to his London home. The stranger claims that he's been hot on the tail of a German spy ring known as the Thirty-Nine Steps, who have plans to steal British military intelligence. Hannay is immediately plunged into a dark world of murder, espionage, and secrets, as he finds himself on the run from the same group of spies.

Alfred Hitchcock’s 1935 film, The 39 Steps, is based on Buchan’s novel, though the plot of the movie departs from the original text at times. 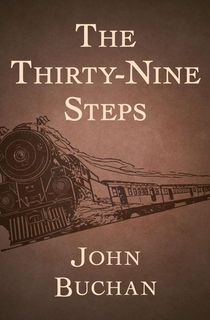 A reporter at a local news station is desperate to make it in the big leagues. Even if that means ordering her young lover to murder her husband, and using the story as ammo for a potential TV deal. 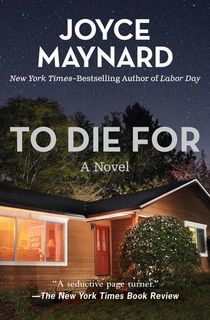 The Mr. Moto Novels Volume One

Mr. Moto is the protagonist of six Marquand novels. A Japanese secret agent with the combined talents of James Bond and Sherlock Holmes, Mr. Moto travels the globe helping to expose villainous plots and untangle vast webs of mystery and intrigue.

Eight Mr. Moto movies were released between 1937 to 1939, and star Peter Lorre in the titular role. Lorre starred in many other mystery films, often portraying a villain—including The Man Who Knew Too Much (1934) and The Maltese Falcon (1941).

Watch the first movie on Amazon 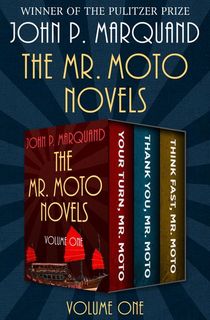 Want more great mysteries and thrillers? Sign up for The Lineup's newsletter, and get our recommended reads delivered straight to your inbox.

In this psychological thriller, newlyweds are yachting on the Pacific Ocean when they come across a shipwreck survivor. They take the man on board, but soon become suspicious of both his story and his intentions.

Dead Calm was adapted into an Australian film in 1989, starring Nicole Kidman, Sam Neill and Billy Zane. The three actors play the sole characters in this claustrophobic film that offers a great, last-minute surprise. 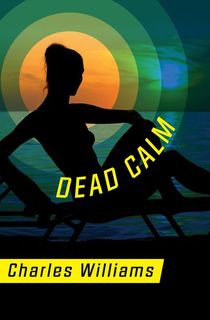 A man dies in an apparent suicide at the local racetrack, but his wife is convinced of foul play. When she hires private investigator Joe Leland to look into the case, the lies, fraud, and corruption begin to unfold.

The Detective was turned into a movie in 1968, starring Frank Sinatra as Leland. The film received positive critical reception, and is said to be one of Sinatra’s most intense and dedicated performances. 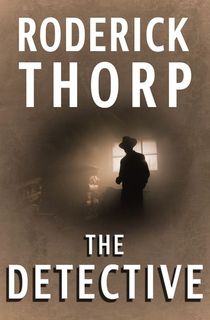 In this suspenseful thriller, two new parents leave their child with a babysitter, Nell, for the night while the father delivers an important speech in New York City. Though things start off okay, the babysitter’s facade quickly cracks to reveal the madness underneath. Marilyn Monroe portrayed the unhinged sitter in the 1952 movie adaptation, Don't Bother to Knock, which was her first co-starring role. 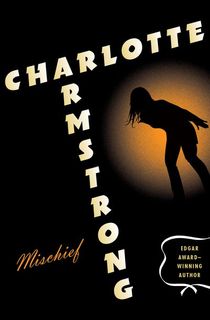 By Dorothy B. Hughes

Sailor knows that his employer, a senator, ordered a hit on his own wife. And while Sailor has agreed to remain silent for a payoff, the situation grows increasingly explosive when a cop, out for blood, emerges on the scene. As an annual Fiesta in New Mexico rages in the background, these three men close in on one another.

The 1947 movie starred Robert Montgomery. Though many characters are changed, the general blackmail plot and the Fiesta setting remain the same. 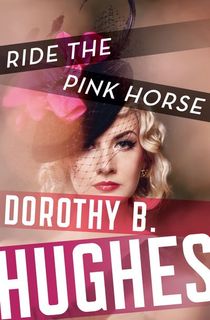 Want more great mysteries and thrillers? Sign up for The Lineup's newsletter, and get our recommended reads delivered straight to your inbox.

Fictional private detective Sam Spade—introduced here—is considered one of the key figures in the development of hard-boiled crime fiction. He was also a major inspiration for Raymond Chandler’s Philip Marlowe. After his partner is murdered, Spade is dragged into a complicated world of crime and mayhem, all in the pursuit of a valuable falcon statue.

The Maltese Falcon was turned into an Academy Award-nominated film starring Humphrey Bogart and Mary Astor in 1941. Variety praised the film, saying it was “one of the best examples of actionful and suspenseful melodramatic story telling in cinematic form.” 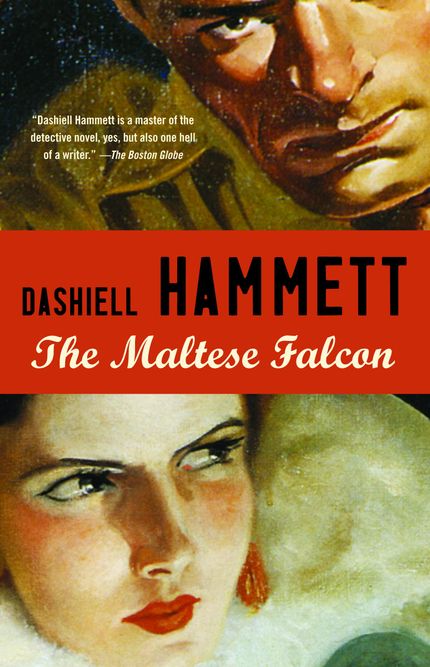 Dennis Lehane, the author of Mystic River and Shutter Island, pens this thriller that follows private detectives Patrick Kenzie and Angie Gennaro. Here, they're hired to track down a woman's missing niece. 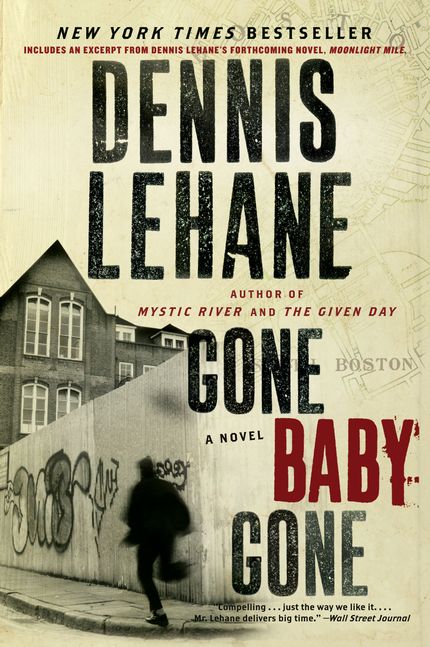 Stieg Larsson’s international bestseller follows the exploits of Lisbeth Salander, a brilliant but enigmatic hacker, and investigative journalist Mikael Blomkvist. Hired by an ail ingbusiness tycoon, they both try to solve the long-ago disappearance of the man's niece.

The Swedish adaptation of the book starred Michael Nyqvist and Noomi Rapace, and was released in 2009. An American version followed, starring Rooney Mara and Daniel Craig, in 2011. Both films were popular and received positive reviews. The second and third books were adapted into Swedish films, and the American franchise will continue with a second installment in October 2018.

Watch the Swedish adaptation on Amazon

Watch the U.S. adaptation on Amazon 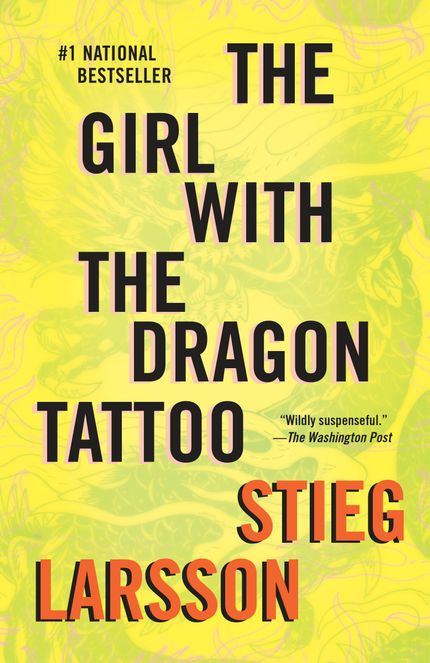 In Gillian Flynn’s bestselling psychological thriller, Nick Dunne is immediately considered the primary suspect when his seemingly perfect wife, Amy, goes missing. Suffice it to say there is much more to Nick and Amy’s marriage—and to Amy, in particular—than meets the eye. 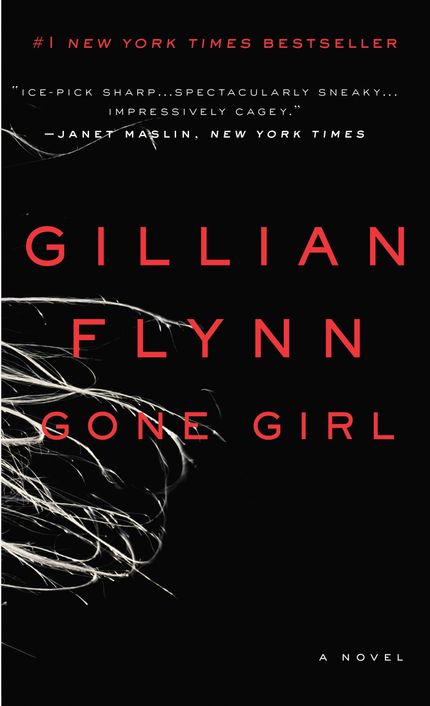 In the first of the famous Philip Marlowe novels, the P.I. is hired by a wealthy old general who wants him to stop a bookseller from blackmailing his younger daughter. Marlowe is in for a wild ride, as secrets, murder, and double-crosses await him down the line.

The Big Sleep was adapted into the classic hit film by the same name in 1946, starring Humphrey Bogart and Lauren Bacall. It’s known as one of the most important American films, and was added to the National Film Registry in 1997 by the Library of Congress. 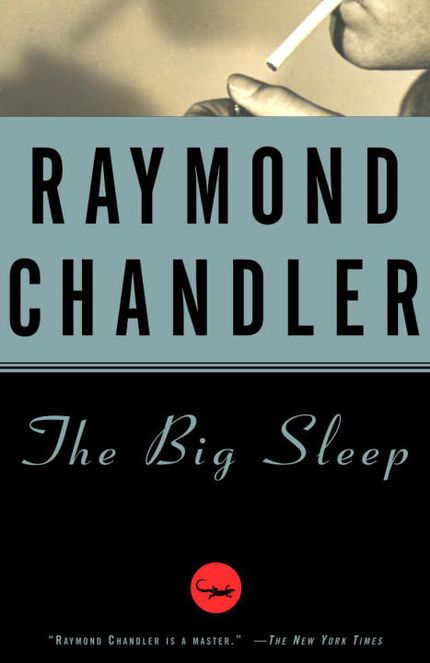