10 Haunting American Urban Legends to Tell in the Dark

Want to hear a scary story? 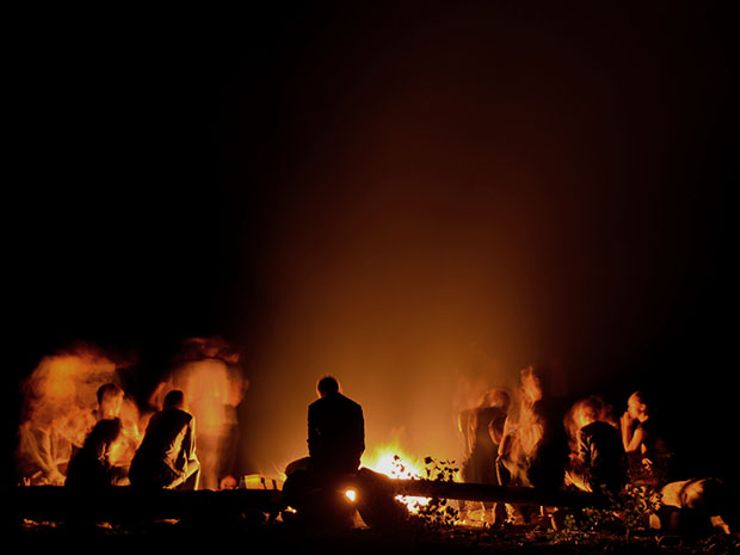 Urban legends make small towns go round. Some places put their unique spin on a popular tale of terror, while other towns possess their own legends inspired by the area’s horrific history. We tell these stories on the darkest of nights, around a campfire or during sleepovers with friends. While urban legends are rarely factually true, they do reveal important truths about our deepest, darkest fears.

With bonfire season on the way, now’s the perfect time to perfect your eerie tales. Here are 10 of America’s scariest urban legends guaranteed to rattle your bones.

1. The Grave of Lillian Gray 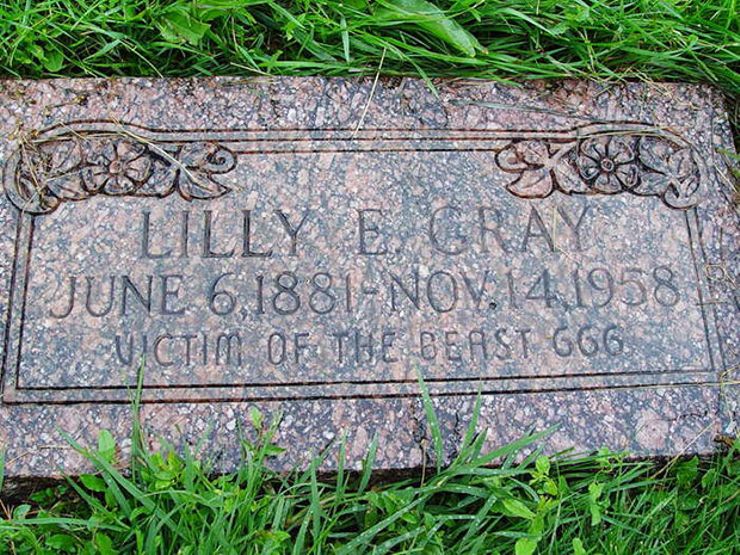 This urban legend has captured the imaginations of the people of the Salt Lake City, Utah for years—not because the tale is horrifying, but because the mystery can be witnessed with your own eyes. In a nondescript cemetery in Salt Lake City, a gravestone marks the burial spot of Lilly E. Gray who died in 1958. Nothing seems out of the ordinary, until you read the last line “VICTIM OF THE BEAST 666.” The truth behind Gray’s chilling epitaph remains a mystery, and has inspired more than a few eerie tales about a woman possessed by evil. According to hospital records, she died of natural causes.

This creepy tale of the Donkey Lady comes out of San Antonio, Texas. It tells of a woman who suffered severe burns that left her face disfigured and fused her fingers together to create the look of hoof-like stumps. Supposedly, she ostracized herself as a result of her appearance and grew hostile to anyone who approached her. It’s said she haunts the nearby woods—in particular, the bridge over Elm Creek—and is often the cause of motorcycle accidents. Unsuspecting drivers notice her horrifying appearance in their rearview mirror and lose control of their vehicle. 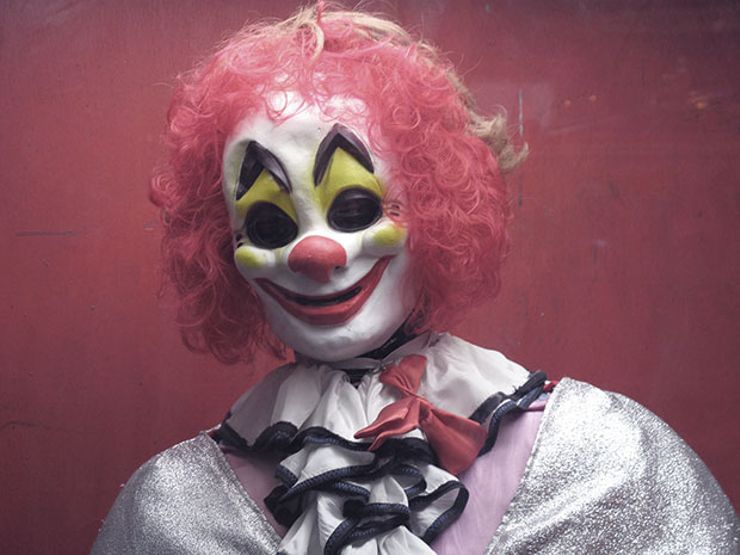 This creepy tale combines two of the scariest, and most pervasive, of urban legends: a creepy clown lurking in the dark plus the babysitter and the man upstairs. The story centers on a young babysitter who is fulfilling her duties at a local home. Midway through the night, she calls the couple who hired her and asks if she can switch bedrooms for the night. The reason? The life-sized clown statue standing inside her current room is giving her the creeps. The father tells her to take the kids and flee the house immediately. Of course, the family doesn’t own a clown statue. In some variations of the story, police arrive to apprehend the clown in question. They learn that the intruder is a homeless man who sneaks into houses and pretends to be a statue to avoid getting caught, surviving off the family’s food and shelter. In other, and far darker versions of the legend, the police arrive to find the babysitter and the children butchered, the latest victims of an escaped mental patient roaming the area.

Pennsylvania is home to some of the country’s eeriest tales, from the fires of Centralia to the Hellham County Gates. This story comes from Pittston, PA and the site of the old Susquehanna Railroad Bridge,  nicknamed the “Black Bridge.” The story goes if you park under the bridge a ghoulish woman in white will appear in your rearview and let out an ear-shattering scream, giving her the name Suscon Screamer. Supposedly the ghost is that of a woman who hanged herself long ago after being rejected by her lover.

Related: 17 Abandoned Places Around the World That You Probably Didn’t Know About 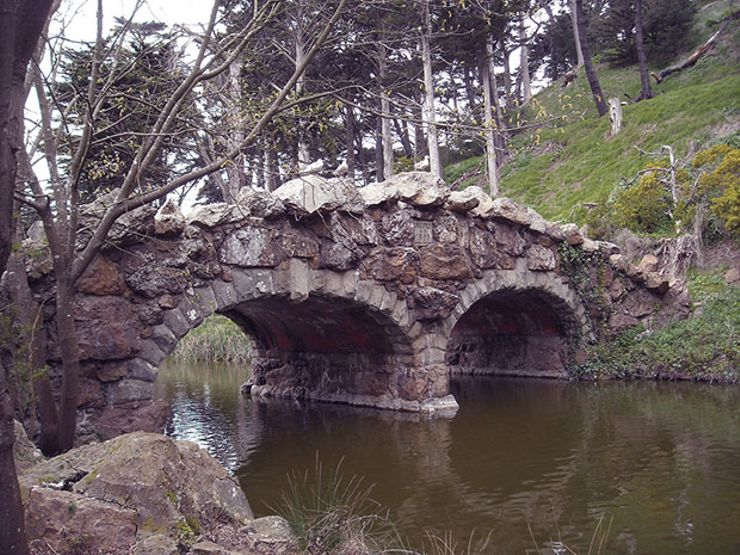 This San Francisco legend is a hundred years old and has been tempting Californians to test their courage at Stow Lake for generations. The legend of Stow Lake goes that a woman and her child were walking near the lake, and during a moment of distraction the child disappeared. The mother searched frantically all day for the child until nightfall, at which point she returned to the lake and was never seen again. Now it’s said that her apparition can be seen by those who travel to the lake at night. The spectral woman will approach you and ask if you have seen her child. There’s another tradition that states if one chants “white lady, white lady, I have your baby” the ghost of the distraught mother will appear. However, when she finds out you’re lying, she’ll pull you into the lake and drown you.

This infamous stretch of road in Texas runs between Highway 6 and Eldridge. Like many haunted roads, a bridge is involved. The story comes from the time of the Civil War. According to believers, if you go to the Langham Creek Bridge located and park your car with the lights off you will hear strange sounds and see the misty apparition of Civil War soldiers marching to war. 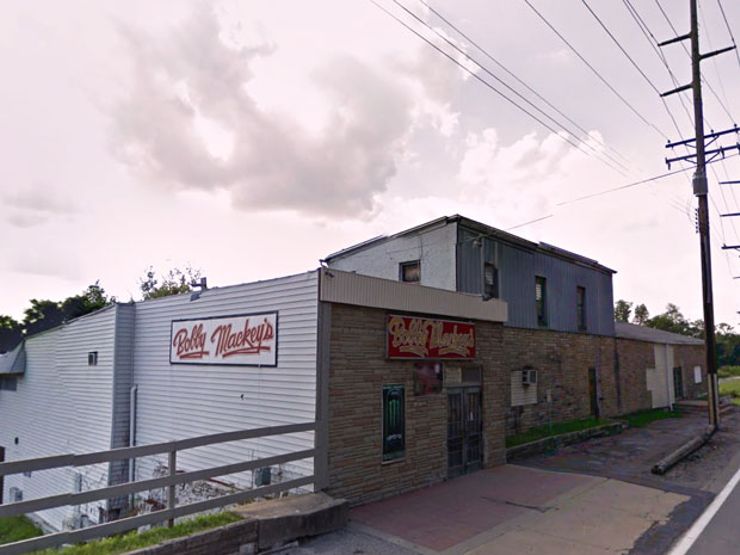 This music hall in Kentucky is so haunted that a sign hanging above the entrance acts a waiver, warning patrons that the establishment is not responsible for any harm that may come to them from ghostly activities. A terrifying urban legend sits at the heart of this old music hall. According to the tale, the present-day entertainment establishment was once a slaughter house in the mid-19th century. Remnants of its bloody history can be found in the form of a sealed well in the basement, which some claim is stained with blood. The legend goes on to say that the well was a gathering place for Satanists who used it in the ritual execution of a pregnant woman. She was beheaded and her head was placed in the well, as a sacrifice to the dark entities the occultists worshiped.

As outlandish as it sounds, there is some truth to the legend. While Bobby Mackey’s was not once a slaughterhouse, it was a distillery and a slaughterhouse operated nearby. In 1896, the body of a 22-year-old woman named Pearl Bryan was found decapitated at the Locke family farm, not far from where Bobby Mackey’s stands today. Pregnant at the time of her death, Pearl’s boyfriend Scott Jackson and his friend Alonzo Walling had murdered her after they unsuccessfully induced an abortion with a cocktail of drugs. The pair cut off Pearl’s head in an attempt to obscure her identity and cover their tracks. Both men were eventually caught and later executed for their crime. Today, visitors to the music club say the building is swarming with the spirits of this haunted past and that the sealed well is a portal to hell. Some even claim to hear the sound of deep growling coming from its depths.

Related: Honky Tonk of Horrors: The Bloody Past of Bobby Mackey’s Music World

In the stunning valley of Ojai, California, a creepy urban legend awaits. The area is one of the most wildfire-prone parts of California and in 1948 a substantial blaze burned through the valley. The story goes that a man living alone in a cabin just outside of town was a victim of the fire and burned to death. His son survived the fire, but suffered horrifying burns. People say as a result of his disfigurement, he went mad and murdered a local man, flaying the victim alive. Police tracked him deep into the woods by following the sounds of his wheezing. But the Char-Man escaped and disappeared into the wilderness, where it’s said he still lurks and preys on unsuspecting hikers. 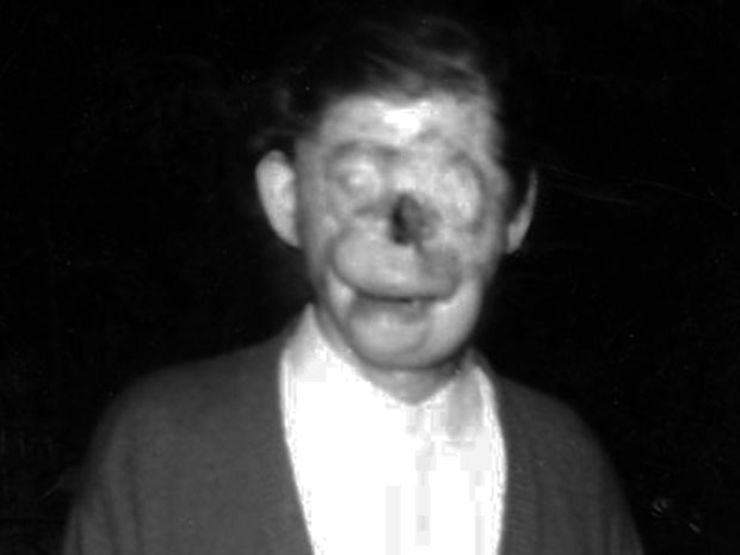 Out in Beaver County, Pennsylvania there is an urban legend with more truth to it than most. Raymond Robinson was the victim of a childhood electrical accident that left him so disfigured he never went out in daylight out of fear that he might cause a panic among the community. He took to taking walks at night and became a figure of legend for locals who would drive around looking for “the Green Man.” Though the myths built up a much scarier version, Robinson was actually a real person and a member of the community.

Possibly one of the strangest and most well-known urban legends out there is the Goatman of Beltsville, Maryland. According to legend, the 8-foot tall creature wields an axe and is said to be half-animal, half-man. It was first reported in 1957 by a couple who spotted the beast in their driveway.  Then sometime in the 1960s the Goatman attacked a young couple who were parked off Flechertown Road.  The story goes that after hearing strange noises outside the car the boyfriend headed into the woods to investigate. He never returned. The next day, police found his severed head hanging in a tree above where the car was parked. His body was never found. In the 1970s the legend of the Goatman resurfaced amid reports that the creature had attacked a dog. The dog’s head was found not far from its home. Similar to the previous attack off Flechertown Road, the body was never found.

Believers assert that the creature is a former scientist from Beltsville who took his experiments too far—mutating into the beast now known as Goatman. Whatever the case may be, the legend of the Goatman continues to enthrall the people of Maryland, and frighten teenagers who park their cars too close to the creature’s hunting grounds.

This story was first published on The Occult Museum.
Read More:
7 Terrifying Mythical Monsters You Wouldn’t Want To Encounter
The Evil That Devours: 7 Terrifying Legends from Native American Folklore
31 Terrifying Real-Life Horror Stories That Will Chill You to the Bone

Want more urban legends? Sign up for The Lineup’s newsletter, and get the strangest tales delivered straight to your inbox.