10 Evil Doctors That Will Make You Sick

These derailed docs had an unhealthy appetite for lobotomies, blisters, and the plague. Rekindle your fear of the doctor’s office with these sickening medics.

Born Herman Webster Mudgett, H.H. Holmes was a physician in the 1800s, although he’s better known as one of the first documented “serial killers.” In 1893 Chicago, Dr. Holmes opened a hotel designed with murderous intent. On the first floor of the block-long building was Holmes’s pharmacy and various shops, but the higher you went, the stranger things got. Holmes had the hotel designed with more than a hundred windowless rooms, doors that opened to walls or only from the outside, staircases that led nowhere, and made very sure that only he knew the building’s layout. The doctor would lock his guests and employees in soundproof rooms designed to deliver death by some specific method. These included, but were not limited to, asphyxiation by gas, incineration by blowtorch, and suffocation. He would then drop the corpses down a chute to his basement laboratory where he would carefully remove usable organs and arrange their bones into skeletal models to be sold to medical schools. Anything he didn’t find useful was either incinerated or thrown in one of his pits of acid. Holmes was apprehended in 1894. Although he’s credited with only nine confirmed victims, he confessed to 27 murders and it is estimated that the real body count is about 200. 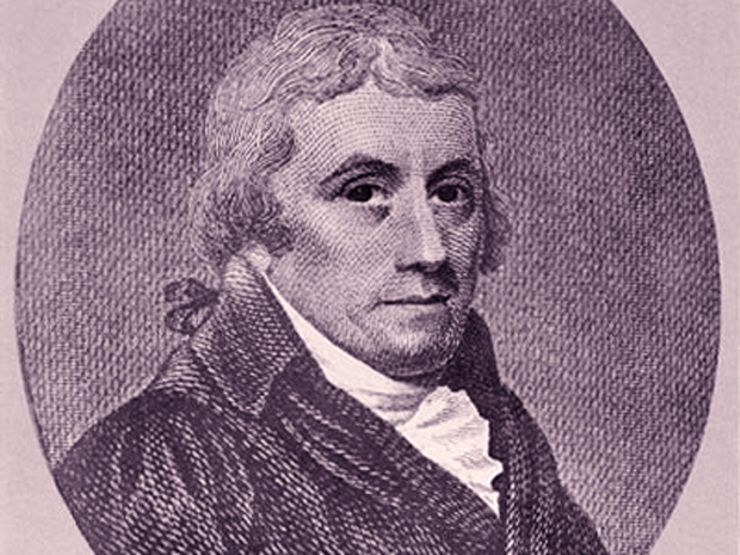 During the late 1700s and early 1800s, Yellow Fever was an epidemic that killed thousands of people. Physician Stubbins Ffirth, however, was not discouraged. Ffirth firmly believed that the deadly disease was not contagious and that the world need not fear. In order to prove his theory, he decided to directly expose himself to the bodily fluids of various infected people. Ffirth began his experimentation by rubbing their vomit into small cuts on his body. When he did not become ill, he poured it in his eyes, fried it to inhale the fumes, and even drank it. He then moved on to smearing his body with saliva, urine, and blood. The determined doc never did contract Yellow Fever and felt satisfied in having proved his theory. But Ffirth had made a mistake: he only used the fluids of patients in the late stages of their illness, meaning they were no longer contagious. Ffirth published his misguided findings in his 1804 thesis “A Treatise on Malignant Fever; with an Attempt to Prove its Non-contagious Non-Malignant Nature.”

Henry Andrews Cotton, MD was the medical director at the Trenton Psychiatric Hospital between 1907 and 1930. He believed that the cause of his patients’ insanity was untreated infections lurking inside their bodies. So, he cut them open and took things out – whether they wanted him to or not. Cotton had a method to his madness: he started by pulling out his patients’ teeth because he thought they may be harboring infections. If that didn’t cure the patient, he went for the tonsils and sinuses. If there was still no improvement in their psychological condition, Cotton started removing testicles, cervixes, colons, stomachs, gall bladders, ovaries, and spleens. Without antibiotics, the post-surgery mortality rate was very high. Ironically, the mad doctor killed his patients by way of surgery-caused infections. But because of Cotton’s fraudulent reports claiming an 85% cure rate, the appalling treatments continued for many years. Thankfully, an investigation in 1925 was the beginning of the end for Dr. Cotton.

Explore the abandoned asylum where Dr. Cotton performed his surgeries in this haunting gallery: The Dark History of the Trenton Psychiatric Hospital 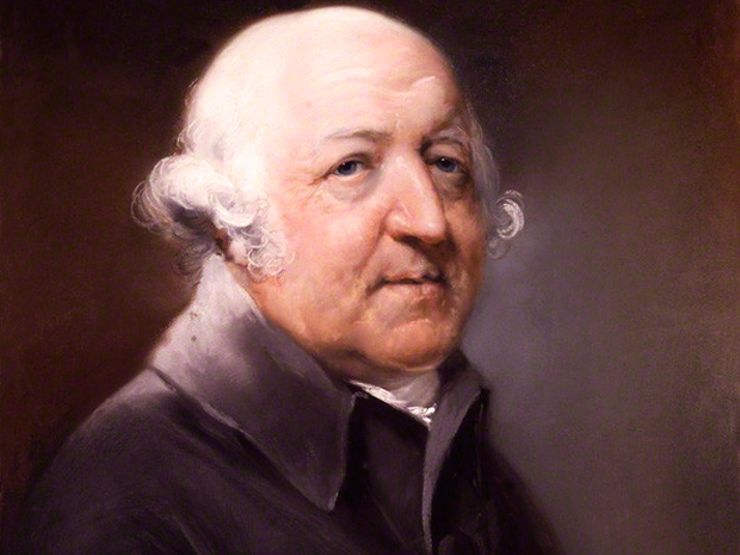 Dr. Francis Willis was a Lincolnshire physician and clergymen during the 1700s. He was admired for his seemingly successful treatment of the mentally ill, or “wrongheads,” as they were called at the time. His treatment included impressive and neat attire, exercise, and fresh air – all to be accomplished through well-dressed manual labor on the good doctor’s estate. Willis’s results were perceived well enough to attract the king himself. When King George III went mad, he was taken to the renowned doctor for treatment. Willis prescribed the usual physical labor method, but also tried restraining his royal patient in a straightjacket as well as having the king’s skin covered in blisters. George’s eventual recovery was credited to Willis who consequently became an incredibly sought after physician. To accommodate so many eager patients, Willis opened a second establishment. The grounds were very well kept. 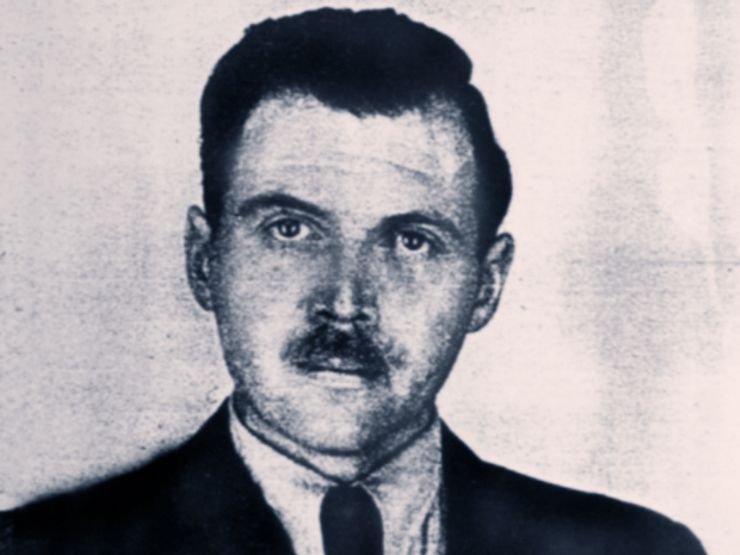 Josef Mengele was one of the doctors at Auschwitz concentration camp during WWII. While other physicians found gas chamber selection to be extremely stressful, Mengele smiled and whistled a tune as he sent women, children, and the elderly to their deaths. But the despicable doctor had an even greater love: human experimentation. During selection, he would choose subjects for his own use. He was attracted to physical deformities, different colored eyes, and – his favorite – identical twins. Mengele’s twin experiments were motivated by his desire to prove that heredity is superior to environment, thus justifying the Nazi’s celebration of the Aryan race. It’s also thought that he hoped to improve the reproduction rate of Aryan people by learning how to better the chances of conceiving twins. His experiments included unnecessary amputations and infecting one twin with deadly diseases. If one twin died, Mengele would kill the other so he could perform comparative post-mortem analyses. Mengele’s heinous practices earned him the name “the Angel of Death.” After the war, he ran and was never caught.

Dr. Farid Fata delivered devastating news to over 500 people – he told them they were sick and dying. The problem is, they weren’t. Fata knowingly misdiagnosed hundreds of healthy patients with various deadly diseases, then put them through rounds of chemotherapy and radiation, looking to cash in on their treatments. Fata lied his way to a sprawling mansion and millions of dollars. But he didn’t just tell people they were dying – he also told people that they weren’t. Fata promised his terminal patients that they were getting better, he gave them hope so that they would keep padding his pockets. While his truly ill patients died with no preparation, hundreds of once healthy people were suffering the side effects of the unnecessary cancer treatments. Their teeth fell out, they lost their hair and their strength, they trembled all the time – and for nothing. Victims’ family members mourned the coming loss of their loved one, some going into depression and turning to substance abuse. Victims gave away their belongings to be remembered by and spent their savings on expensive treatments. When the truth came out, many were left broke and actually sick. With information from a suspicious colleague, authorities put a stop to Fata’s appalling schemes. Although prosecutors sought a 175-year sentence, on July 10 of 2015, Fata was given only 45 years for his crimes. 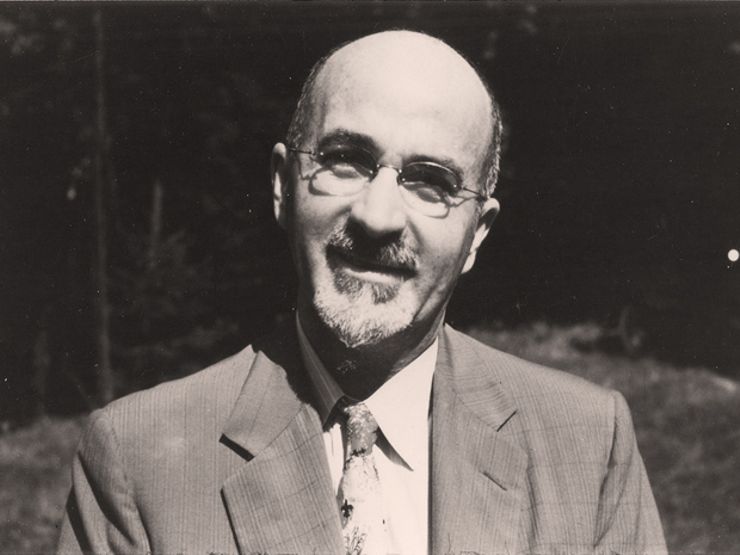 With the rise of Walter Jackson Freeman II, came the rise of the lobotomy. Freeman idolized Swiss psychiatrist Gottlieb Burckhardt, the man who performed the first psychosurgery, but he had other ideas for how the procedure should be performed. With the help of his neurosurgeon partner, James Watts, Freeman began performing hundreds of frontal lobe lobotomies. After hearing of another physician operating through the patient’s eye-socket, Freeman followed suit… with a metal pick. He found that by inducing seizures with electricity, he could easily operate on patients, using a pick to sever connections to the prefrontal cortex. It was convenient that he no longer had to drill holes in their skulls. Watts eventually separated from Freeman, finding his methods cruel and overzealous, but Freeman continued with his procedures, touring the country in his “lobotomobile” and performing thousands of lobotomies. While operating, he never wore gloves or a mask, and in one case, the patient was killed when Freeman posed for a picture and accidentally stuck the pick too far into the victim’s brain. After many patients died from his questionable methods, Freeman was banned from performing surgery. 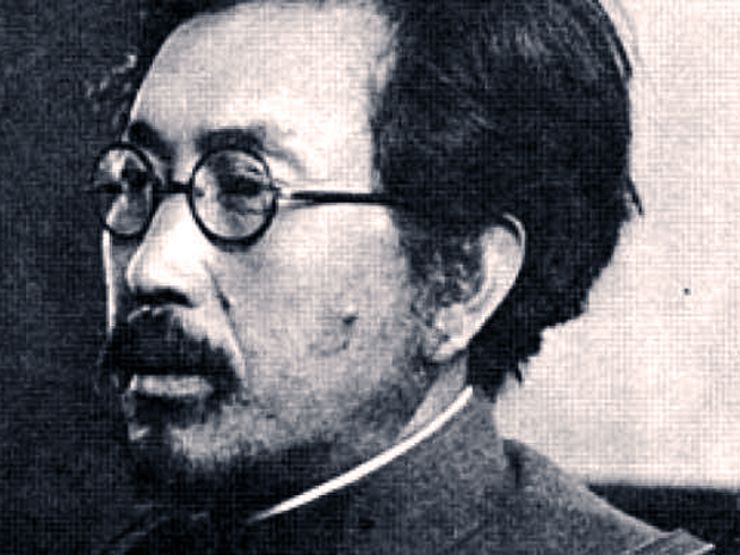 Surgeon General Shiro Ishii of the Imperial Japanese Army had some curious companions during his years of study at the Kyoto Imperial University. The medical student had the odd habit of growing bacteria as pets rather than research. By the late 1920s, his fascination with germs had led to his development of a bio-weapons program. Ishii conducted germ warfare trials, testing various methods of dispersion including firearms and bombs. His test subjects? Chinese prisoners of war, captured civilians from Chinese cities, and even active battlefields. It’s estimated that tens of thousands died from Ishii’s dispersion of bubonic plague, cholera, and anthrax. The rapidly promoted surgeon was also an enthusiastic supporter of human experimentation. His procedures included vivisections, simulated strokes and heart attacks, forced abortions, and induced frostbite and hypothermia. Ishii’s research was the Imperial Army’s secret. When the Pacific War was coming to an end and Japan’s defeat in sight, Ishii’s research headquarters were blown to bits to destroy evidence. To sell the cover-up, Ishii had 150 remaining subjects executed. Upon his arrest, Ishii received war crime immunity in exchange for his research and other information.

Dr. Carl Clauberg worked in the Nazi concentration camps – the perfect place to find his test subjects. Clauberg thought he could solve the Nazi’s biggest problem: sterilizing the Jewish race out of existence. Looking for a cheap and easy way to sterilize women, the creepy Clauberg injected formaldehyde directly into their uteruses. He used no anesthetic and was not concerned about the raging infections the women developed. Many died from his experiments and those who lived – estimated at 700 women – suffered permanent damage and were sterilized for life. When the Red Army approached Auschwitz, Clauberg fled to Ravensbrück concentration camp to continue his horrifying work on the Romani women. There, he was captured by the Soviets in 1945. He received 25 years, but only served seven. However, his boasting about his “accomplishments at Auschwitz” caused public outcry and he was rearrested in 1955. He died of a heart attack in his cell. 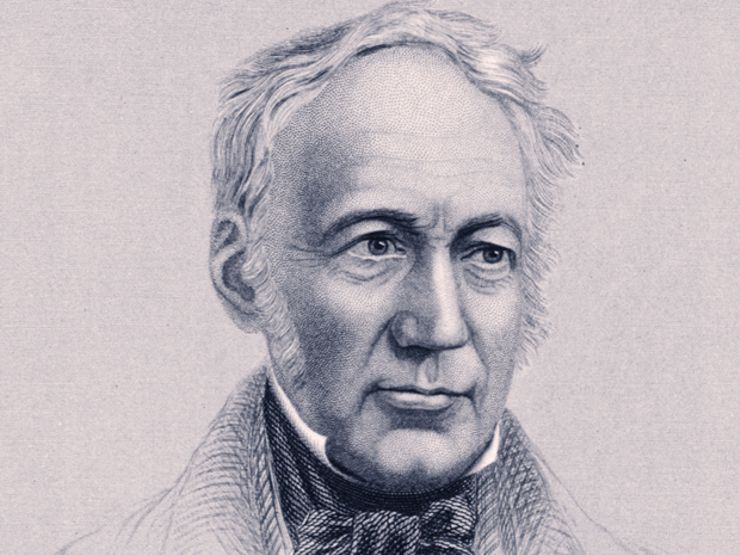 Mary Shelley’s Dr. Frankenstein had some real-world competition. In 1818, the year of the novel’s publication, Scottish scholar, doctor, and chemist Andrew Ure revealed that he had been hard at work… on the corpse of hanged murderer Matthew Clydesdale. Ure believed that he could restore life to victims of hanging, suffocation, and drowning. The secret, he theorized, was the phrenic nerve. In a report of his experiments, Ure claimed that, upon stimulating various nerves with electricity, the late Clydesdale had become violently animated, nearly sending one of the doctor’s assistants to the ground. As Ure wrote, “At this period several of the spectators were forced to leave the apartment from terror or sickness, and one gentleman fainted.” Ure went on to publish multiple works on his various studies and continued to be a generally respected man of science.