The internet is a breeding ground for all things strange and mysterious. Here are 10 of the creepiest internet mysteries that will make you want to log off for good.

The internet is a breeding ground for all things strange and mysterious.

There is a great deal of online content that enters the realm of the truly bizarre, and even the horrifying. Some of these internet-based enigmas have possible logical explanations, while others seem fundamentally unsolvable. Here are 10 of the creepiest internet mysteries that will make you want to log off for good.

1. Email from the Afterlife

In 2011 a man named Tim Hart discovered a peculiar email in his inbox. The message was from a friend named Jack Froese and it read, “Did you hear me? I’m at your house. Clean your fucking attic!” in the title, with the body of the email containing the message, “I’m watching.” What makes this email even stranger is that Jack Froese was dead before the email was sent. What’s more, the friends had been in Tim’s attic not long before Jack’s death, and Jack made a joke about the mess in the area. While it’s possible the email was another friend’s morbid sense of a prank, Tim contests that he never told anyone about the attic story, and Jack’s family claims that no one had access to his account or passwords.

The website Gadgetzz was sent a mysterious video in 2015, which has been the subject of much interpretation since. The video depicts a person in a plague doctor’s mask doing some very strange things in an apparently abandoned building. There is Morse code, an odd static tone, and some jump-cuts and overlays of other videos spliced in. The whole video is enough to give you goosebumps, but its purpose is unclear.

The first online appearance was in May of 2015, with a video entitled, “01101101 01110101 01100101 01110010 01110100 01100101.” This binary code translates to “Muerte” (Spanish for “death”). Some of the Morse code has also been translated, and it says strange and unsettling things like, “Red Lipslife Tenth” and “2015Therewillbe(three).” The video messages also contain the coordinates of the White House, some chess moves and other random and possibly threatening messages. The source of the videos is unknown, as the posters claim no connection to them.

A new YouTube page hit the airwaves in September of 2013 under the name Webdriver Torso. The account uploaded a video every minute of every day, most lasting exactly 11 seconds. The videos contain nothing but red and blue rectangular shapes and a strange beeping sound. There was initially no explanation for these videos, and conspiracy theorists likened them to “number stations” used during the Cold War for contacting spies. Google revealed in 2014 that this was a quality test account, but many skeptics believe the videos serve a more sinister purpose. 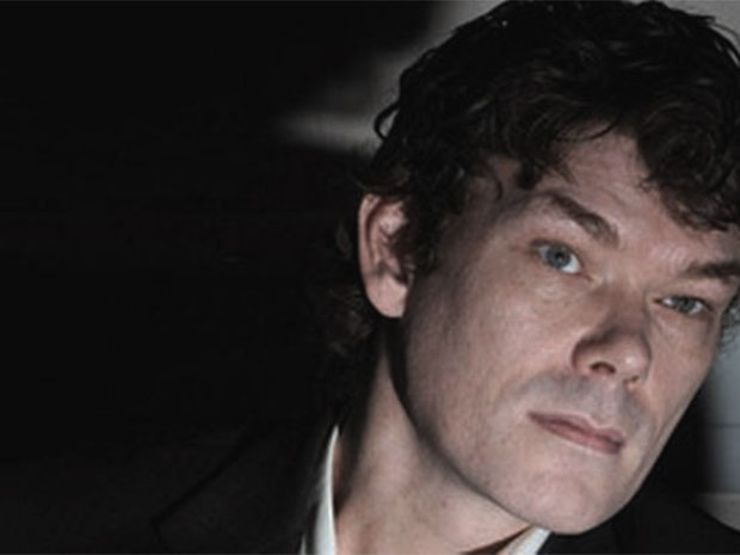 In 2002, Gary McKinnon was doing some research on the existence of aliens. We’ve all been there but McKinnon took it a little further when he hacked into NASA to get his information from the ultimate source. It should be noted that McKinnon “hacked” into NASA the same way that your buddy “hacks” your Facebook when you leave it open on his computer. McKinnon found a remote desktop connection that had no password protecting it. What he found was an image of some sort of strange flying aircraft in the sky. When NASA workers noticed, his access was shut off. It’s obvious that NASA didn’t want whatever he saw to be seen by the public. Authorities wanted to throw the book at him, claiming he destroyed government computers and caused an exorbitant amount of damage. These accusations were never proven and McKinnon was allowed to go free.

Related: 19 Seriously Scary Ghost Stories That Will Haunt You for Life

A858 is one of Reddit’s most puzzling subreddits, as it has confounded users since its inception in 2011. The page is dedicated to long and perplexing codes written in hexadecimal, and many other Reddit users have been banging their collective heads against the wall trying to solve them. The A858 posts occur nearly daily, and very few have been deciphered. When they are cracked, the code is generally a random phrase or something similarly trivial. There remains a litany of unsolved code. The meaning of the codes and and the reason they are posted in the first place remains a mystery. 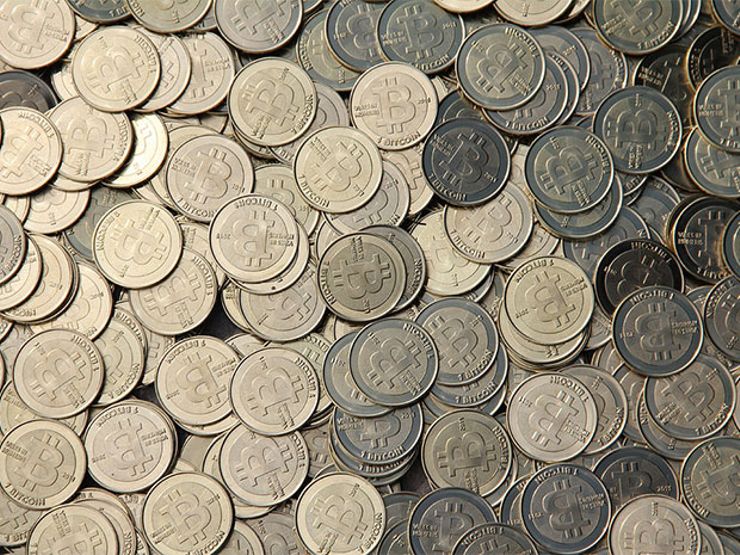 Bitcoins are a conspiracy theorist’s dream, as they have the potential to completely shift the economic paradigm as we know it. With no regulation and anonymous transactions, this form of currency makes the purpose of a central bank irrelevant, and adds freedom and privacy for both the seller and the buyer. While bitcoins are a revolutionary tool for independence from an overbearing government, they have serious potential to be used for nefarious purposes. The “Dark Web” or the “Deep Web,” for example, uses exclusively bitcoins. You can read more about what goes on there below…

Many people are unaware of its existence, but lurking behind your Google Chrome browser is the majority of the internet. The term “deep web” refers to the 80% of the internet that is inaccessible through normal internet browsers. Stories of the horrors of the deep web can be found on Reddit, YouTube and more. They range from online drug deals to much more sinister endeavors: some claim that the deep web is full of child pornography, killers-for-hire and sex trafficking. 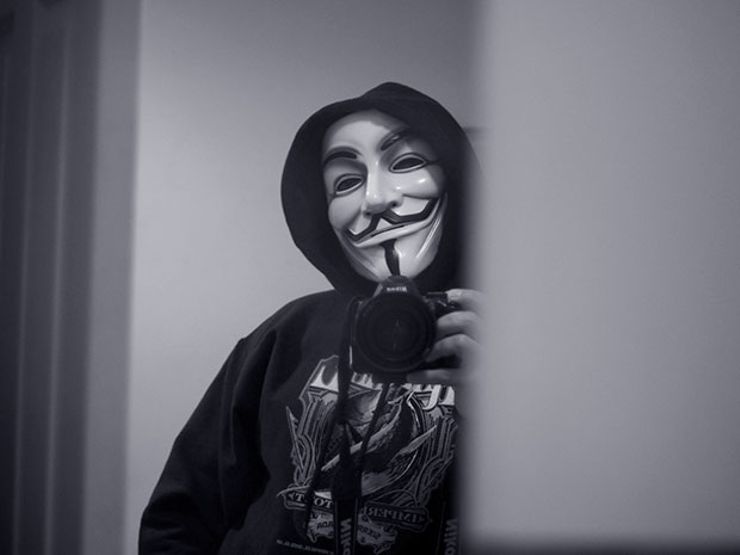 This group of self-proclaimed “hacktivists” has become a household name over the past few years. The group aims its online attacks at people who it feels deserve internet justice. From mainstream companies to petty internet arguments, Anonymous has run the gamut on hacking attacks. It usually floods a website, forcing it to shut down, but the group is also skilled at finding something its target is sensitive about and vandalizing homepages. If there’s nothing specific, pornographic images usually work. It recently declared war on ISIS, flooding its associated websites with (what else?) porn and shutting many pages down for good. Anonymous’ member base is extremely secretive, as no active members are known to the public.

Mariana’s Web is one of the greatest legends of the internet, and is said to be deeper than even the deep web. Getting its name from the Mariana Trench, the deepest known ocean trench in the world, this part of the web is inaccessible to nearly everyone, and its existence is shrouded in mystery. This part of the web is believed to contain some of the world’s greatest secrets, such as aliens, and the location of the lost city of Atlantis. To access Mariana’s Web, it is reported that you need to use Polymeric Falcighol Derivation, which is some sort of equation that relies on quantum computers. These quantum computers, however, supposedly do not exist, making this part of the web virtually inaccessible. For this reason, the existence of Mariana’s Web is contested. If it is real, though, and it holds secrets too great for the deep web, it may be best that the general public cannot access it. 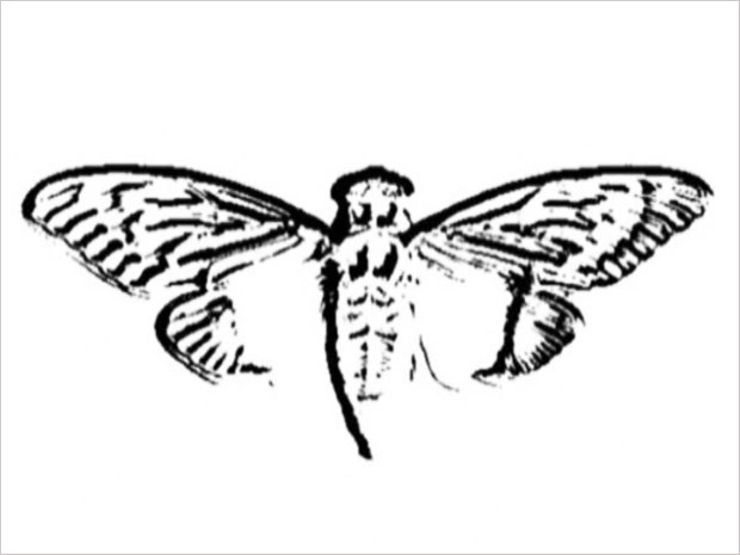 One of the internet’s most fascinating mysteries is Cicada 3301. First hitting the internet in 2012, Cicada 3301 posted an image of a cicada (above), with the caption, “Hello. We are looking for highly intelligent individuals. To find them, we have devised a test. There is a message hidden in this image. Find it, and it will lead you on the road to finding us. We look forward to meeting the few that will make it all the way through. Good Luck.” This drove the internet crazy, as people everywhere scrambled to decode the message and find the clues. Since then, a new clue has been posted every year except for 2015. The clues lead individuals away from the computer, with physical clues found scattered across the globe. The group also makes reference to many musical, philosophical, and literary texts. There is, naturally, much speculation about who is behind these posts, with many guessing the CIA or NSA. No entity has claimed responsibility for this account, and no one who has made it through the process has ever come forward, making this one of the most intriguing mysteries of the internet age.

This story was first published on The Occult Museum.
Read More:
The End of Days: 7 Most Deadliest Cults That Ended in Tragedy
21 People Share their Creepiest Experiences of Paranormal Activity
Divine Intervention: The True Story of the Cokeville Miracle