American Predator is the chilling tale of an under-recognized serial killer.

Note: This giveaway is now closed.

On February 1, 2012, a young woman named Samantha Koenig was kidnapped by Israel Keyes. The man not only assaulted the 18-year-old; he killed her and left her body in a shed before taking a two-week cruise. Upon his return from the cruise, he staged a photoshoot to convince her family that the girl was still alive and asked for a $30,000 ransom. You many not know his name, but Keyes was a killer unlike any seen by law enforcement before. This murder was the shocking culmination of a story that included one of the greatest strings of unsolved disappearances in modern American history.

Thankfully, Koenig was the last person to be killed by Keyes, although his total number of victims remains unclear. His crimes, guided by his idol, Ted Bundy, remain shockingly unknown. Thankfully, a new, chilling book by Maureen Callahan is here to shed light upon his victims–and keep you up late at night. Even better? 25 of our readers will win a copy for themselves and for their favorite true crime fan. American Predator is out July 2, 2019, but you can enter to win your editions today.

Enter your email address below for your chance to win two copies of American Predator!

By submitting your email address, you agree to receive emails from The Lineup and Viking Books. 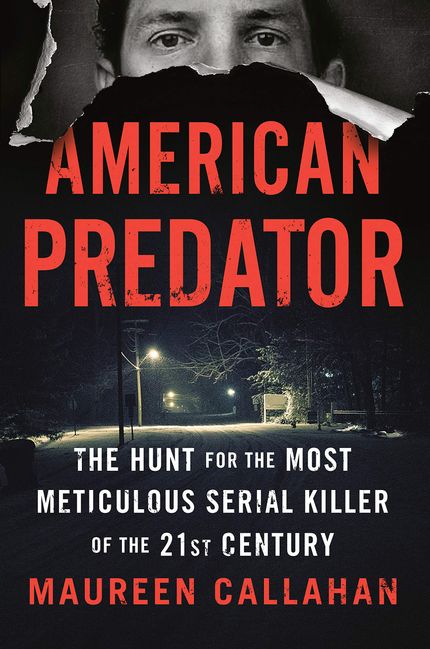 "Maureen Callahan's deft reporting and stylish writing have created one of the all-time-great serial-killer books: sensitive, chilling, and completely impossible to put down." --Ada Calhoun, author of St. Marks Is Dead

Ted Bundy. John Wayne Gacy. Jeffrey Dahmer. The names of notorious serial killers are usually well-known; they echo in the news and in public consciousness. But most people have never heard of Israel Keyes, one of the most ambitious and terrifying serial killers in modern history. The FBI considered his behavior unprecedented. Described by a prosecutor as "a force of pure evil," Keyes was a predator who struck all over the United States. He buried "kill kits"--cash, weapons, and body-disposal tools--in remote locations across the country. Over the course of fourteen years, Keyes would fly to a city, rent a car, and drive thousands of miles in order to use his kits. He would break into a stranger's house, abduct his victims in broad daylight, and kill and dispose of them in mere hours. And then he would return home to Alaska, resuming life as a quiet, reliable construction worker devoted to his only daughter.

When journalist Maureen Callahan first heard about Israel Keyes in 2012, she was captivated by how a killer of this magnitude could go undetected by law enforcement for over a decade. And so began a project that consumed her for the next several years--uncovering the true story behind how the FBI ultimately caught Israel Keyes, and trying to understand what it means for a killer like Keyes to exist. A killer who left a path of monstrous, randomly committed crimes in his wake--many of which remain unsolved to this day.

American Predator is the ambitious culmination of years of interviews with key figures in law enforcement and in Keyes's life, and research uncovered from classified FBI files. Callahan takes us on a journey into the chilling, nightmarish mind of a relentless killer, and to the limitations of traditional law enforcement.

Note: The sweepstakes is open to all legal residents of the 50 United States and Washington, DC who are 18 years of age and older by May 27, 2019.